The first thing you should do in Bangkok is head for the Jim Thompson House. Although Jim Thompson won't be there, sadly, and hasn't been since 1967, his peculiar disappearance has always given this tourist attraction a mysterious edge. Thompson's home, a collection of traditional Thai teak houses along a klong (canal) in central Bangkok, is one of the Thai capital's special attractions.

The Jim Thompson House is located on Soi Kasemsan (2) Song (a soi is a small side street), opposite the National Stadium on Rama I Rd. It's a heritage icon that is expertly run with tours in several languages every 20 minutes. It also has a lovely cafe-restaurant situated by a lily pond and there's an excellent gift shop.

Jim Thompson was the American who bought Thai silk to the west. The former spy was sent to Thailand as a member of the Office of Strategic Services, or OSS (a precursor of the CIA), in 1945. He loved Bangkok so much he settled there. After a short, unhappy stint as a hotelier (he was a part-owner of the famed Oriental Hotel), Thompson found his calling with the struggling silk weavers of the area just across the klong from his home. Thompson promoted Thai silk to the West (it was famously used in the 1956 film The King and I) and rebooted an industry that was in peril.

Then he vanished while staying with friends in Malaysia and his disappearance remains a mystery and the subject of many conspiracy theories. His home is a treasure trove filled with Asian antiquities, and silk weavers still ply their trade there.

The Jim Thompson retail stores, specialising in Thai silk and planter attire, dot the city and have spread throughout Asia. We had not been to the Jim Thompson House for 18 years until our recent visit. In fact we hadn't been to Bangkok for 18 years, which is far too long and we decided it was time our 16-year-old son Hamish was introduced to this vibrant city. Prior to that, we used to visit every few years.

I have been going there since I was a boy. We lived in Hong Kong in the 1960s and my father had a business in Bangkok. I remember visits there well, mainly because, with the Vietnam War raging nearby, the city was awash with US servicemen and in response the local hotels served the best hamburgers we had ever tasted.

After such a long break from Bangkok we wondered if it would be as attractive as we had once deemed it. Or would there just be too many people now and too much traffic? Despite the urban chaos, Bangkok is sill enchanting, an exotic city where the food is cheap and fabulous and the people welcoming.

In fact Bangkok was a revelation. We stayed at The Peninsula Bangkok for our first few days before taking a side trip to Hua Hin on the coast. The Peninsula is on the Chao Phraya River and it was wonderful to witness the life of the river up close because it is the city's main artery and Bangkok is very much a river city. We had priorities in Bangkok. My first was to grab a copy of Nancy Chandler's Map of Bangkok, which is like a map and a guide book in one. Chandler, an American artist and designer, established this colourful map, which is like a little bible on what to do and where to go, in the early 1970s. There have been 27 editions over its 40-year lifespan and it is a musthave for visitors.

The Jim Thompson House is marked prominently on the Chandler map and was our second priority. You do have to prioritise in Bangkok because it is a tad unruly and attractions are geographically disparate. Being a fl'neur in Bangkok will only get you lost. So have a plan.

There are many cruises available but public ferries or smaller boats are a good way to get around and exploring the klongs by public ferry is a cheap and fascinating way to see the city. The rail system is also good and you can travel on the river and along the klongs by ferries, but we used a lot of taxis which are cheap and reliable and even when they rip you off you won't notice it.

Other things you simply must see in Bangkok include the Grand Palace and Buddhist temple Wat Phra Kaew, which is important because the royal family here rules and reverence for them is an intrinsic part of everyday life. Another must is Wat Pho, which includes the country's longest reclining Buddha, an extraordinary sight. These Buddhist temple compounds are lively places that function despite tourists gawking. There were monks being initiated the morning we visited and they seemed happy for us to witness their ceremony.

I'm not much of a market-goer but I know the Chatuchak Weekend Market is a big attraction and is regarded as probably the biggest and best market in Asia, and there's a special Nancy Chandler map dedicated to it.

The ancient Thai capital of Ayuthaya is another must but it's outside town and requires a full day or more. There are numerous other temples and wonderfully exotic precincts to explore, including a bustling Chinatown and Prahurat, Bangkok's own Little India.

We spent a lot of time mooching around our hotel and utilising the handy shuttle boat service that makes it rather easy to slip across the river to the Mandarin Oriental Hotel, which has serious literary cachet as it was a favourite haunt of writers such as Joseph Conrad and W. Somerset Maugham. Colonial history is part of the story of Bangkok and though Thailand was never actually colonised, the Portuguese, British and others all came here and vestiges of their presence during the days of Empire remain.

As a counterpoint to history and heritage, Bangkok has some amazing shopping malls. After our stint in Hua Hin we stayed in the heart of the city a stone's throw from some of the biggest and best, including the rather snazzy Siam Paragon, CentralWorld and a swag of others.

The attraction is the variety on offer, including much that can not be found in Queensland - shops such as my favourite Asian bookstore, Kinokuniya, which now has an outlet in Sydney but no store in Brisbane.

Prices are not always bargain-basement but there's just so much on offer, and, importantly considering southern Thailand's tropical monsoon climate and equatorial summer temperatures, these vast retail edifices are airconditioned oases that bring respite from the humid streets. Plus they have the most amazing food courts. The Siam Paragon Food Court, on Rama I Rd, in the same precinct as the Jim Thompson House, is out of this world and we were drawn back to it night after night.

There's a lot to love about Bangkok and we will be back - sooner rather than later. 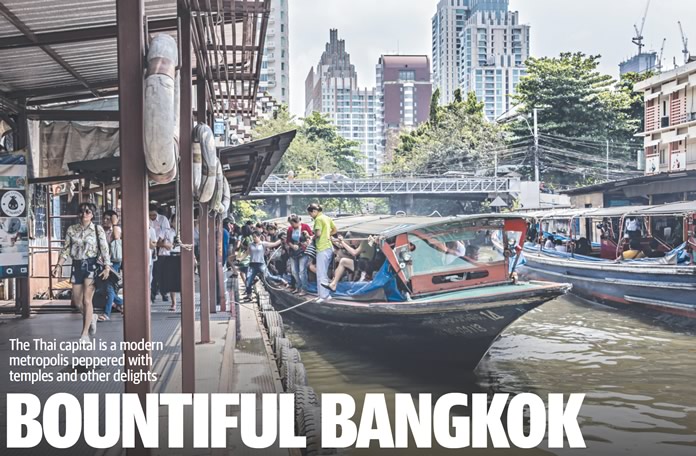 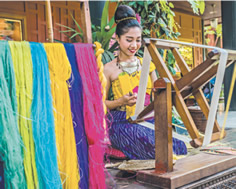