I suffer from many things mostly imaginary but one thing I really do have is neophobia. A fear of anything new.

It comes to the fore when things change. A case in point - I had to move desks recently and that sent me into a tailspin. Why? Because I want things to remain the same. This is impossible I know but those of us who suffer from neophobia can't help it.

There's a little book about this called Who Moved My Cheese? by Dr Spencer Johnson and I read it many years ago when I was going through another change.

It's a parable about neophobes. I think it may be time to read it again.

That's one of the ways I hang on to the past. I would love time to stand still really.

I was reflecting on this the other day and figured that it may have been the disruption of my early years that left me with this yen for stability. My family was in construction, building bridges mainly, and for the first six years of my life we lived all over the place ... Maitland in the Hunter Valley, Sydney, Albury, Devonport in Tassie and various other places where the company (my grandfather and his four sons) had jobs on. I think we were even in a caravan on site at one stage. Then we moved to Hong Kong for seven years and then back to Australia and so it went. That left me with a desire to be more settled and now I am well and truly planted in Brisbane. I'm in a lovely rut and I'm not going anywhere.

At home, in my rut, I try to maintain a kind of stasis that can really never be successfully maintained. Because every day things are changing around me and I don't like it at all. I have now, however, changed desks and have set things up exactly as they were in the old location in an attempt to trick myself.

That makes me feel a bit better. For now. 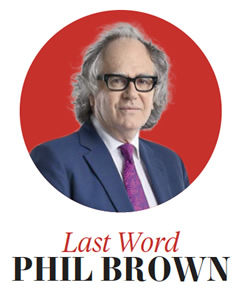