RACQ - Podcast - the Kowloon Kid - From the streets of Kowloon, Hong Kong, to the pages of The Courier Mail as Arts Editor – Phil Brown has lived a life that’s anything but ordinary. - Podcast Episode 39 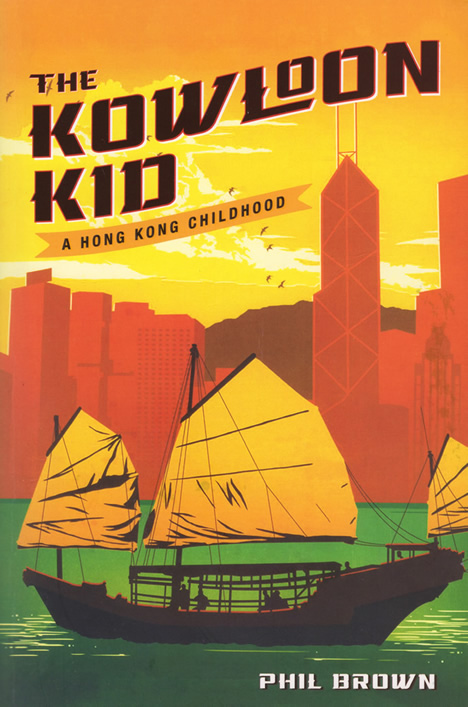 From the author of Travels with My Angst and Any Guru Will Do, a vivid, nostalgic and funny memoir of growing up in Hong Kong in the 1960s.

Phil Brown’s life begins in small-town Australia – Maitland NSW to be precise – but in 1963 his father Ted hankers to return to the Hong Kong of his childhood and to cash in on a construction boom in the burgeoning colony.

Then under British rule, the world of Hong Kong is a truly fascinating place for gweilos or foreigners, both a colonial outpost and a region redolent with all the exoticism and contradictions of the Far East. The Brown’s home, in the garden suburb of Kowloon Tong, buzzes with characters: the family’s amah, Ah Moy, frequent visitors such as the inscrutable Mr Lai, the spy-like Tony Parr, and family members such as Uncle Cyril. Not to mention the kid from across the road, Michael Hutchence.
Combining recent visits to Hong Kong, where the author explores his childhood touchstones of the Kowloon Cricket Club, the beach at Shek O, The Peninsula Hong Kong and the bustling lanes of Kowloon, with an affectionate yet truly honest portrait of family, self and the 1960s The Kowloon Kid is an intimate and tender gem.
‘An exquisite love letter  to Hong Kong.’   Ross Fitzgerald

Phil Brown is Arts Editor of The Courier-Mail and has a popular column in the lifestyle magazine Brisbane News. He has written for a range of national and international newspapers and magazines and has published his poetry widely in the mainstream press and literary journals. He is the author of two books of verse – Plastic Parables (Metro Community Press) and An Accident in the Evening (Interactive Press). His book of humorous travel stories, Travels with My Angst (UQP, 2004) was short-listed for the Arts Queensland Steele Rudd Award at the 2005 Queensland Premier’s Literary Awards. Any Guru Will Do (UQP 2006) was the second in his memoir series.  From 1963 to 1970 he lived in Hong Kong where his father ran a construction company. He lives in Brisbane’s north with his wife Sandra McLean, son Hamish and a Maltese Shi Tzu called Sarge.

The Weekend Edition
THE LOCALS - An Interview