Phil Brown was born in 1956 in Maitland New South Wales. At the age of five he moved to Hong Kong where his family was engaged in the construction business. (The Brown family, originally from London, were based in Shanghai, Macau and Hong Kong before coming to Australia) In Hong Kong he attended Kowloon Junior School and King George V School.

The Brown family migrated to Queensland’s Gold Coast in 1970 and Phil completed his secondary schooling at Miami State High School where he developed a love of surfing and in interest in writing. That interest was later further explored at the University of Southern Queensland in Toowoomba where Phil majored in journalism and studied literature with the man who was to become his literary mentor, the poet Bruce Dawe. Phil wrote journalism, poetry and short fiction for campus publications.

Later Phil worked at Radio 4GG on the Gold Coast as an advertising copywriter before moving to central Queensland to start a career in journalism - first as a cadet on The Burnett Herald in Monto in 1979 and later as a graded journalist at The Morning Bulletin in Rockhampton for two years where he became arts and literary editor and wrote regular short stories for the group’s community newspapers.

His poetry was published in the Anthology 8 Poets 1978 (North Brisbane College of Advanced Education) and the following year in the prestigious Poetry Australia under the editorship of the poet Les Murray. Since then his poetry has appeared widely in publications including The Bulletin, The Weekend Australian, The Border Issue, Bystander, LINQ, Social Alternatives, The Courier-Mail and Imago. He has performed at Warana Writers Week, The Brisbane Festival, The Metro Arts, The Somerset Celebration of Literature, Wordpool, The Queensland Irish Association, The Hawthorn Readings (Melb.), La Mama (Melb) and the Brisbane Writers Festival. His poetry has featured on Radio National’s Poetica program. Metro Community Press published his first book, Plastic Parables, Brisbane in 1991 and in 1993 his work appeared in the anthology Queensland: Words and All (Phoenix / Outrider) edited by Manfred Jurgensen. Interactive Press, Brisbane, published his second book of poetry, An Accident in The Evening. Queensland Arts Minister, Matt Foley, launched it in October 2001. Travels With My Angst (University of Queensland Press) his book of humorous travel stories was short-listed for the Arts Queensland Steele Rudd Award at the 2005 Queensland Premier’s Literary Awards. His humorous memoir, Any Guru Will Do was published by UQP in 2006. His work also appeared in Growing Old (Dis)Gracefully (ABC Books; 2008) and his essay Memories of a Mentor appeared in Meanjin in 2010. His work also appeared in Black beacon’s Subtropical Suspense (Black Beacon Books) in 2014. In 2019 his memoir The Kowloon Kid was published by Transit Lounge. He has been a regular contributor to Griffith Review.

As a journalist Phil has worked in Central Queensland, on the Gold Coast, in Sydney, Melbourne and Brisbane. He has specialised in the arts and entertainment and more recently in the field of travel journalism. His writing has appeared in a variety of publications including The Gold Coast Bulletin, The Daily Sun, The Sydney Morning Herald, The National Times, The Bulletin, Business Review Weekly, The South China Morning Post (Hong Kong), The Sunday Telegraph, The Sunday Herald Sun, Griffith Review, The Sunday Age, the Australian Book Review, The Australian, The Weekend Australian, The Courier-Mail, The Sunday Mail, Time Asia and elsewhere. He is currently the Arts Editor for The Courier-Mail in Brisbane.

Phil was chairman of the Brisbane Writers Festival from 2005 to 2008, has been a judge in the poetry prize at the Somerset Celebration of Literature and for the Queensland Literary Awards. 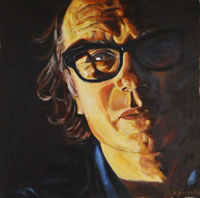