In between making big-budget films in Hollywood, Bruce Beresford’s love of opera brings him to Brisbane to direct a Benjamin Britten classic ....

Opera directing is relatively poorly paid, and Bruce Beresford seems content with that. Besides, it's not about the money because when he's directing an opera, the acclaimed Hollywood filmmaker is doing something he loves.

Beresford, 76, who divides his time between Sydney, London and Los Angeles, is in Brisbane right now with his wife, novelist Virginia Duigan, directing a student production of late British composer Benjamin Britten's comic opera Albert Herring, which opens at the Conservatorium Theatre at South Bank next Friday. (September 9-17-2016)

Having the internationally renowned director working with its students is a major coup for Queensland Conservatorium, Griffith University, while for Beresford it's a pleasant diversion between films.

Beresford is one of Australia's most successful film directors - think Breaker Morant, Driving Miss Daisy and Black Robe, to mention just a few.

Next week, after he's finished his job in Brisbane, Beresford flies to Los Angeles for the world premiere of his latest film, Mr. Church, a drama starring Eddie Murphy. Presumably Beresford got paid big money for that.

His job in Brisbane is not exactly lucrative but that's OK. It's a labour of love. "Directing opera is good fun and luckily you can't really make a living out of it," Beresford says when we meet for coffee after a morning rehearsal. "The amount they pay is woeful."

He smiles at the thought because it underlines the fact he is doing it because he is passionate about opera.

In recent years Beresford has indulged that passion for opera by directing a string of them, including three major pieces for Opera Australia ? A Streetcar Named Desire, Of Mice and Men, and Die tote Stadt - which all played at Sydney Opera House.

He's very enthusiastic about doing Albert Herring. "When they got in touch with me and asked if I was interested in coming up to do a Britten opera, I leapt at the chance," he says.

"I've never directed a Britten opera and he is my favourite opera composer. So I said, 'Yes, I'd love to do that'. "Britten was a genius and this one is amazing, and although it's written for only 12 instruments, the orchestration is so deft and inventive that it sounds huge. Britten wanted a bit of light relief after Peter Grimes, which is a masterpiece."

Peter Grimes was a grand and unsettling tragedy. The composer followed it with Albert Herring, a comic opera, also set in Suffolk. It's a tale that reflects the idiosyncrasies of English village life, and the plot is delicious. It revolves around a boy who is named the village's May queen after all the girls are found to be unsuitable, because no one can be certain of their virginity.

Herring is described in one 2013 newspaper headline as "the only virgin in the village", a la the classic TV comedy Little Britain. Albert Herring, performed by Sebastian Maclaine, 27, and Phillip Prendergast, 29, is a henpecked social misfit whose coming-of-age story is poignant and hilarious. Just reading about it is enough to make you laugh. "It's very funny," Beresford agrees. "Maybe this is a bad sign but I find myself laughing a lot during rehearsals. Then I look across at the conductor and he's laughing too.

"They say that when you're making a film, if it strikes you as funny when you're doing it, it won't be.? But this isn't a film, so he should be OK. As funny and satirical as it is, it's also warm-hearted.

"It's ironic and a kind of affectionate satire," Beresford says. "It's done with a lot of love."

"But it's not just because he's a famous name," Harrison says. "It's what he can give to the students. It took two years to get him. The students have just been in awe of him and they love the way he inadvertently name-drops. He can't help that, he just talks about people he has worked with."

Associate Professor Nicholas Cleobury, head of opera at the Con, is conducting the opera and has previously done so on three occasions.

Beresford brought in his team to assist on the production, with experienced film hands Felicity Abbott as set designer and Wendy Cork as costume designer.

Beresford's assistant director is Cathy Dadd, with whom he has worked on previous operas. Beresford will see things through to the last dress rehearsal but won't make opening night, sadly. He'll be busy on the red carpet in Hollywood with Eddie Murphy. It's a living. 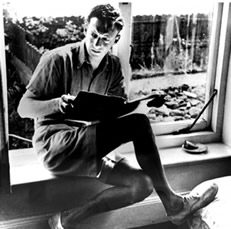