Phil Brown with performers Todd McKenney and Marcia Hines when they were in Brisbane starring in Shrek The Musical, the first big musical at QPAC in 2021

Phil Brown met and interviewed American author Michael Cunningham
(The Hours) and they chatted at the Stamford Plaza Hotel in Brisbane about Michael’s new book By Nightfall.

Portrait of Phil Brown by John Grimsdale, entry for the Archibald Prize 2008 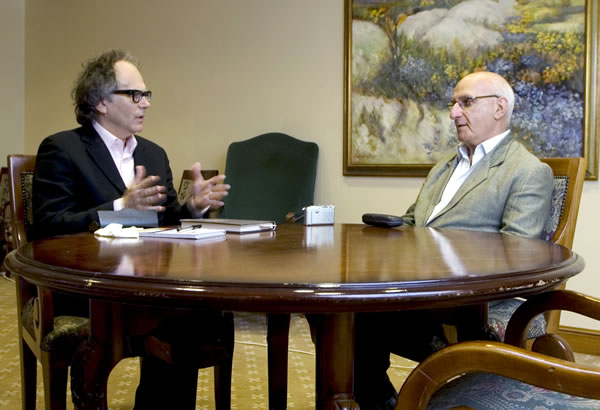 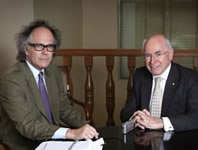