Out of the annals of Soviet history

Another Gentleman in Moscow stays at the stunning Metropol Hotel, setting of Amor Towles’s 2016 novel. - Qweekend, The Courier-Mail, April 6-7

If you were sentenced to house arrest anywhere, the Metropol Hotel in Moscow would be the place. It was for Count Alexander Ilyich Rostov, an aristocrat who fell foul of the Soviets. Instead of execution he was sentenced to life at the Metropol Hotel (or Hotel Metropol, it seems to be described both ways), where he was already ensconced in a suite on the third floor. After his sentence he shifted to a tiny attic room where he lived out the decades following the declaration of the Soviet Union, which was made, as it happens, just across the road from the Metropol at the famous Bolshoi Theatre in 1922.

Count Rostov's story is a fascinating one. It also happens to be untrue. The Count is the fictional creation of American author Amor Towles, whose 2016 bestseller A Gentleman in Moscow has put the hotel on the map. Again. It was already Moscow's most famous, an art nouveau treasure built in 1905 in the heart of the capital. Sitting in the famous Chaliapin Bar (named after Feodor Ivanovich Chaliapin, a Russian opera singer), I notice copies of Towles's novel stacked in a pile nearby. The hotel now offers a tour inspired by the novel and visitors from the US, Australia and elsewhere who are fans of the book turn up weekly.

Sent to Moscow on assignment to cover the Bolshoi Ballet ahead of its Brisbane visit in June, I chose the Metropol - not because I knew the novel, but rather because I knew it was a historic treasure.

When I mentioned I was going there people turned green with envy. It seems everybody but me had read Towles's novel in which the hotel is as much a character as the Count. I spent nine nights there, read the novel, and started to feel a little like the Count himself, although no one threatened to shoot me if I left the premises.

I made little forays across the road to the Bolshoi but also visited the Kremlin, Red Square and other attractions, all just a short walk away.

The Metropol is a five-star hotel in the process of being renovated. I was in a Historical room, which suited me, and was, as it happened, on the third floor where Count Rostov started out. The stained glass window featuring elegant cranes (the one the Count so admired) is still there. So is the wooden vintage lift and, upstairs, Boyarsky Hall, once a restaurant where Rostov ended up as head waiter during his detention.

The Metropol Hall where breakfast is served is still intact, and what a wonder it is with its sumptuous art nouveau decor, its stained-glass dome, and a marble fountain, complete with running water. I sat by it each morning eating blinis and sipping coffee to the dulcet tones of a harpist who played on the small stage. Under the vault of this hall Chalipain sang, Vladimir Lenin made speeches after the October Revolution of 1917, George Bernard Shaw demanded vegetarian dishes and King Juan Carlos of Spain hosted receptions on his visits.

The hotel was built on the initiative of Savva Mamontov, a famous Russian industrialist, merchant, entrepreneur and patron of the arts. The best architects, artists and sculptors of the late 19th century and early 20th century took part in the creation of this monument of the Russian Modernist style. One of its most famous features is an impressive mosaic panel, The Princess of the Dream, which adorns the facade of the hotel and is based on a famous painting by Russian artist Mikhail Vrubel.

The signature restaurant, Savva, is named after Mamontov but was closed for renovations during my visit. It will open later in the year. In the meantime a pop-up, Number 4 Restaurant, is still showcasing the menu by executive chef Andrey Shmakov, and the Chaliapin lobby bar also serves his food. Try the Russian High Tea there too if you get a chance.

The Metropol has 351 rooms including 70 luxury Art Deco rooms and 19 Historical suites. Everybody who is anyone has stayed here - kings, queens, writers, prime ministers, and now an Australian journalist. The wall of fame is gobsmacking.

Spending more than a week at the Metropol was heaven and the fact that it was midwinter just added to the atmosphere. I woke one morning, drew back the curtains (my view was The Bolshoi in one direction, Red Square and the Kremlin in the other) and was delighted to see a veil of snow drifting across the scenery, the same scenery Count Rostov would have gazed upon ... if he were real. 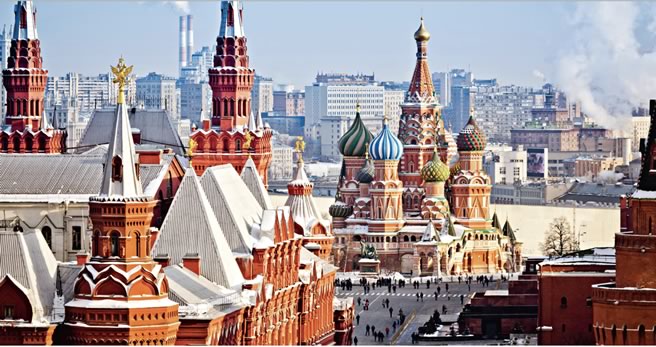 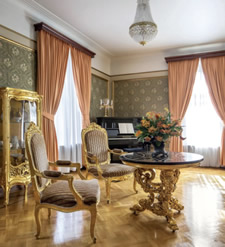 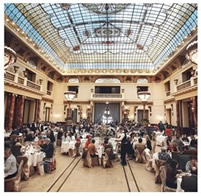