If you’re looking for romance, beautiful scenery and atmospheric castles, the Scottish Highlands is the place to go

The snow was turning to sleet as we prepared to board our cruise on Loch Nessnear Inverness. I could just make out the boat. My wife and son were already onboard waving me to join them but I stood there shaking my head, although I soon succumbed to the pressure and climbed aboard our Jacobite cruise. Welcome to the Scottish Highlands, right?

Then the weather turned; the sun cameout, the clouds cleared and we regarded the vision splendid: the brooding loch flanked by snow-capped peaks. Soon, our dest-ination came into view - Urquhart Castle, a ruined fortification that is one of the High-lands' most-visited spots. It stood intact forcenturies but the rebellious Scottish Jaco-bites, who fought to have a Stuart king on the thrones of England and Scotland, destroyed it so the British couldn't use it.

On board, our host, an ample, tartantrews-clad Scotsman by the name of Kenny White, serenaded us with sad, romantic Scottish ballads as we kept our eyes peeled for the Loch Ness monster. We didn't see Nessie last time we were here, 20 years ago, and it might not surprise you to hear that we didn't see him (or her?) this time, either.

This visit was much later in the year than our previous one. It was late November and, when I asked what the weather wouldbe like, I was told "autumnal". Cold, that is. But they say there's no such thing as bad weather in Scotland, just the wrong clothes.

We came north by rail travelling on Virgin Trains East Coast's Highland Chieftain, an excellent service from London to Inverness. We watched the green and pleasant land slowly become snowy and mountainous. We were heading back to Inverness and our digs on the edge of town - gracious Culloden House Hotel, where we had stayed all those years ago.

The name Culloden is infamous as the site of the last pitched battle on British soilon April 16, 1746, when Bonnie Prince Charlie and his Highlanders were defeated by the British in a terrible slaughter that has scarred the Scottish psyche.

If you're a fan of the television series Outlander, you will have seen the episodes about this tragic event. The battlefield, now a popular tourist attraction run by the National Trust for Scotland, is a fascinating, if haunting, place to visit.

Culloden House Hotel is just 6.5km from the battlefield and was intimately involved in the story. It's a stately pile that was formerly a Jacobean castle and it was here that the Bonnie Prince, who had his eye on the throne of Scotland and England, was headquartered before the battle.

After the Scots were defeated, and as the Duke of Cumberland's men slaughtered wounded Highlanders where they lay, the prince fled disguised as a woman, via the Isle of Skye, an event recalled in The Skye Boat Song, a famous Scottish folk song which is also the theme of Outlander.

The disastrous battle was preceded by a party at Culloden House. In the book The Course of History: Ten Meals that Changed the World (kindly gifted to me by CullodenHouse's general manager, StephenDavies), chapter one is entitled Bonnie Prince Charlie on the Eve of Culloden. It pro-vides a potted history and the menu for apre-battle banquet on the night of April 14,1746 - a sumptuous meal of "mussel brose, rack of lam wi' a skirlie crust, neeps and tattie cakes". Meanwhile, the Prince's Highland warriors were starving, which didn't help them in the battle.

There's a classic portrait of Bonnie Prince Charlie in the hotel reception area, and Culloden House Hotel embraces its past. It was for many years owned by the Forbes family and I note in a brief history that they hosted the Scots poet Robert Burns on his visit to Inverness in 1787.

Culloden House was converted to a fine country house hotel in 1975, and many celebrities have roomed here. There's a nice letter of thanks from former British prime minister Tony Blair, who stayed twice, on display. The hotel has old worldcharm, a roaring fire in the lounge when you need it and an excellent dining room with a hearty menu by chef Scott O'Keefe, who has been there a couple of decades.

Haggis wasn't listed but it is available by request. We ordered it one night - you have to when you're in the Scottish Highlands.

The hotel is a few kilometres from Inverness, the capital of the Highlands. It's a bustling city crowned by an impressive castle. Based here, you can range out across the Highlands to Glen Coe, Fort William and other popular locations, but always start with Loch Ness, Scotland's most famous loch, which is close to town.

The drive from Inverness to Kyle of Lochalsh, gateway to the Isle of Skye is a must and the road is well signed and quiet outside the summer months.

We didn't quite get to Skye but headed instead for the village of Plockton near Kyle of Lochalsh, made famous in the TV series Hamish Macbeth. Plockton is 122km from Inverness and the road weaves past a landscape that looks more like Iceland inlate November with vast, impressive mountains towering on both sides.

Towards the end of the drive you come across Eilean Donan, recognised as one of the defining images of Scotland. A romantic castle is situated on an island at the point where three great sea lochs meet, surrounded by majestic scenery. It's one of the most visited and important attractions in the Scottish Highlands.

Then on to Plockton, which was Loch dubh in Hamish Macbeth. On a Sunday morning in late autumn, this gorgeous village was, well, dead as a doornail. Luckily, the Plockton Inn was open and we had lunch before heading back to Inverness with the sun slowly sinking around mid-afternoon. That's autumnal for you. Very autumnal. 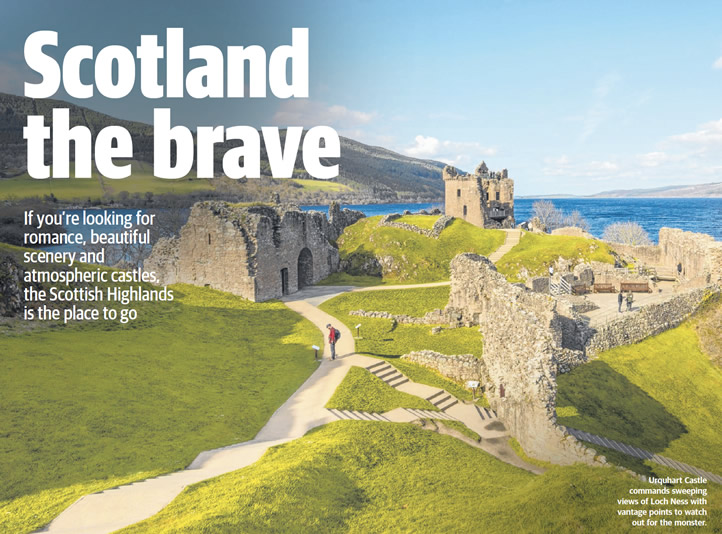 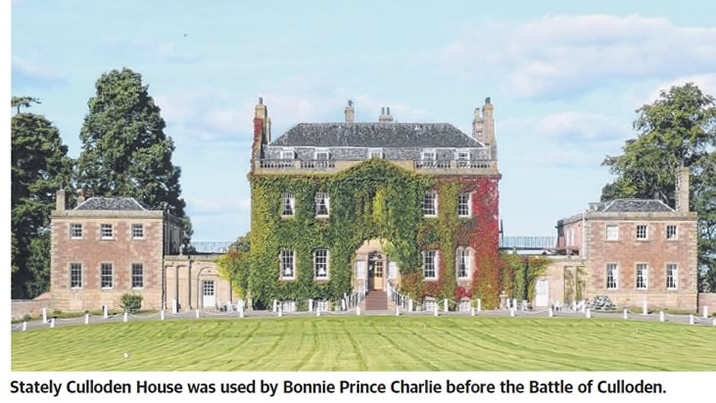 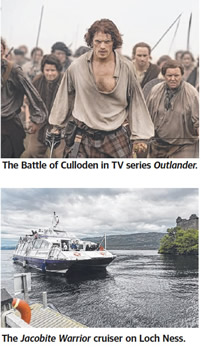