It seems entirely appropriate that the work of debut author Belinda Lyons- Lee gets compared with that of Mary Shelley. Her compelling historical novel, Tussaud, is after all, about a woman who created life-sized and lifelike wax figures, some of whom featured apparatuses that made them breathe, turning them into waxwork automatons.

We're talking about the famous Marie Tussaud, founder of Madame Tussauds, the famous London waxworks museum that now has branches around the world including in Sydney.

So her book is about a real woman but how much of the story is true?

"The scaffolding of the story is true," Lyons-Lee explains. "It contains real people, real events and real places with authentic settings. I have compressed some timeframes and changed a few things."

It is, after all a novel, albeit historical fiction with an authentic core. The opening scenes are macabre but based on fact with Madame Tussaud forced to work making death masks for guillotine victims during the French Revolution.

The book begins in Paris in 1794 with Tussaud, shaven-headed in disgrace (the revolutionaries thought she had royalist sympathies) going about the grisly business of collecting the heads of those executed so she can create death masks.

Haunted by the revolution, she locks herself away in her shop with the death masks she was forced to make to avoid the guillotine. That's when Philidor, a famous magician, offers her the chance to accompany him to London to assist in creating a wax automaton that will bring money and success. The show Phantasmagoria, which featured his magic and Madame Tussaud's creations, was popular in a time when people were fascinated by science, the human body and the supernatural and magic, and Madame Tussaud's wax figures, including one of Marie Antoinette, intrigued the populace.

But there are hiccups along the way when her prized spectacle melts (the theatre was too hot) in one show. Then an eccentric duke, William Cavendish, invites her and Philidor to his rambling estate, Welbeck, where he suggests they use his underground ballroom for a new show. In return Madame Tussaud must create a private commission for him, a wax  automaton in the likeness of Elanor, a beautiful girl who mysteriously disappeared from the estate when he was a child. As well as evoking Shelley it also evokes the early 19th century in the same way Dickens did later, and the mystery and the setting of a spooky stately home is reminiscent of the work of Daphne Du Maurier, authors Lyons-Lee reveres. 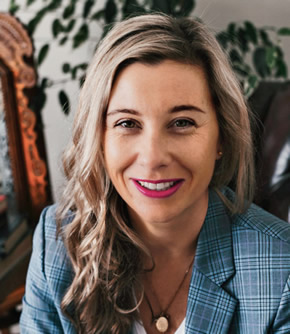 Lyons-Lee herself, who lives in Geelong with her husband and teenage son and works part time as an English teacher, is steeped in the 19th century and researched her subject lovingly and thoroughly.

"I dived deep into the French Revolution," she says. "It was a different time but the human condition doesn't change and this is what is really fascinating to me. It's the same pain, suffering and love and all that separates us is time."

Though she has added fictional embellishments her central character, Madame Tussaud, is rendered as accurately as she could be and emerges as a fascinating creative woman who overcame her own travails to create her own waxworks museum, established in Baker Street, Marylebone. Madame Tussauds London, now in Marylebone Road, is still a major attraction although it is temporarily closed due to the pandemic. Some of the most famous people in the world are replicated in wax there, including the Queen, and that's fun if a bit spooky. That spookiness pervades this novel and that will recommend it to readers who love historical fiction with a gothic twist who don't mind a bit of blurring around the edges of fact.